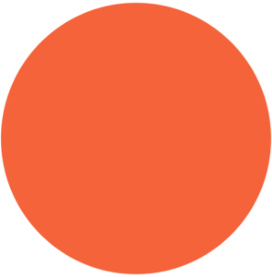 Teri Whitcraft has been a Senior Producer for ABC News for 23 years.  Recently retired to work as a freelancer on special projects at ABC News and elsewhere, she developed and produced exclusive content for all of ABC News’ top-rated broadcasts (Good Morning America, World News Tonight with David Muir, Nightline, 20/20 and This Week with George Stephanopoulos).  She produced original primetime hours for George Stephanopoulous, Diane Sawyer, Robin Roberts, Barbara Walters, Martha Raddatz, and Bob Woodruff, to name a few.

Teri produced Diane Sawyer’s primetime exclusive with Malala Yousafzai –  “Unbreakable: One Girl Changing the World” – which was honored with the Front Page Award, the Christopher Award and 4 Emmy nominations.  Other award-winning hour specials include exclusive interviews with former First Lady Michelle Obama (Robin Roberts) and former FBI Director James Comey (George Stephanopoulos), an Emmy Award-winning town hall on police and violence with President Obama and David Muir, hours on acid-violence in Bangladesh (Connie Chung) and the Space Shuttle Columbia disaster (Charles Gibson). Her work has been recognized with multiple Emmy and Cine Golden Eagle Awards,  as well as by Amnesty International, the South Asian Journalism Association, and the NAACP, among others

In addition to covering major breaking news, developing investigative stories and seeking out human-interest features, Teri’s personal passion has been to shine a light on individuals who are changing the world, including social entrepreneurs she met at the Aspen Ideas Festival, the Skoll World Forum, Pop Tech and Echoing Green (where she first met Oliver Libby many years ago).

Teri was the coordinating producer for ABC News’ year-long, division-wide global health series “Be the Change: Save a Life”, sponsored in part by the Bill and Melinda Gates Foundation. This groundbreaking series produced more than 60 stories from 20 countries on four continents.  As part of the series, Teri helped develop the Million Moms Challenge, whose goal was to connect mothers in the US with mothers overseas around the common dream of a healthy pregnancy, a safe birth, and a baby who survives and thrives.

Teri has been a proud member of the Resolution Project Advisory Board for almost seven years.  Raised in Austin, Texas, she studied urban anthropology at the University of Texas, then moved to New York City to explore “the urban jungle.” Her first television job was as a producer for the successful syndicated show “A Current Affair.”   Teri’s long-time dream has been to create a TV show about people who are making a difference.  She already has the promo: “In the next 30 minutes you can change the channel, or you can change the world.”